One in every four women suffers from hair loss in some part of their life. Hair loss in women is more stressful than in men as it is associated with self-image. The problem is that women do not recognize they already suffering from hair loss until when the condition is already serious.

Cause and Prevention of Hair Loss in Women 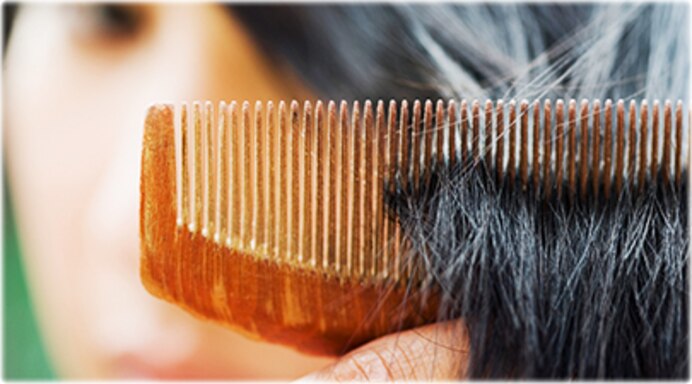 Unlike men, women’s hair loss is associated with different reasons. These factors primarily include stress, diets, thyroid hormone deficiency, stress, infections, drugs, chemotherapy, or pregnancy. That hair loss is generally not permanent and the hairs return to normal once the root cause is resolved.

Genetics: Genes are the major cause for female hair loss and is also known as Androgenetic Alopecia or hereditary hair loss and could begin after puberty but this generally occurs in females in their 40s or when they approach menopause. A history of hair loss problems in the family can be the possible cause of the problem but to make sure, a thorough medical examination involving a blood test or a scalp biopsy would determine the real cause of the hair loss problem.

Alopecia Areata: Past research in this type of hair loss has not given any concrete reasons behind this type of hair loss. But whatever is known points that this occurs primarily due to disorders in the immune system. Inflammation of the hair follicles occurs which also affects surrounding structures of hairs. The hair follicles retreat into the deeper layers of skin cutting down the nutrient supply. Due to this reason, the follicles starve and hairs are shed from the head.

Stress: Telogen Effluvium is the common reason for female hair loss which is primarily caused due to stress. Due to this reason, the hair growth stops and goes into a resting period and results in hair falling out. This type of hair loss occurs in females in their 40s and above and also during pregnancy, menstrual disorders, after childbirth, menopause, and iron deficiency. To find the internal cause, the doctor uses a Trichogramma examination in which the doctor takes some hair in different areas of the scalp and is observed under a microscope. Often, the doctor asks for a blood test. The good news is this kind of hair loss is curable when detected and treated in the early stage. An example is the treatment of iron administration during iron deficiency.

Drugs: Chemotherapy is the most common cause of hair loss due to drugs and medication. Other forms of medication in diseases such as high blood pressure, blood thinners, and cholesterol drugs. Some weight loss supplements also cause temporary hair loss in women.

Habit: used cheap hair products. the common reason for hair loss in women is careless hair pulling which tends to result in a patchy hair loss, only on the specific area where a woman usually tugs or pulls her hair such as when using pony or pigtails. Women who are fond of braiding their hair can also experience hair loss called scarring alopecia.

If you are trying the remedy for female hair loss then it is important to find the root cause for it.

The different stages of baldness in women

Just as in man, there is also a mapping of baldness in women is called the classification of Ludwig. This classification has only three stages (as opposed to seven in man according to the Hamilton scale) as female androgenetic alopecia, which includes over 95% of cases of female pattern baldness, is illustrated in 3 forms of gravity. This alopecia results in hair loss on the top of the head (tonsure), this area is brightening gradually and widening the median line. It evolves in three stages:

Typically, baldness in women almost never leads to a complete loss of all hair. But females might experience thinning and reduction of the diameter of the hair which primarily occurs around the forehead. Most female hair loss does not occur in patches but is generally spread over the scalp. While the hair loss problem in men is called Androgenetic Alopecia, a different but similar condition is called female pattern hair loss in women. The secret to treating such problems is early detection and immediate treatment.

There are a wide variety of products on the market available to women suffering from hair loss. On this blog, you will find some of the most effective products available.

Be sure to conduct thorough research on each product before you decide it is right for you.